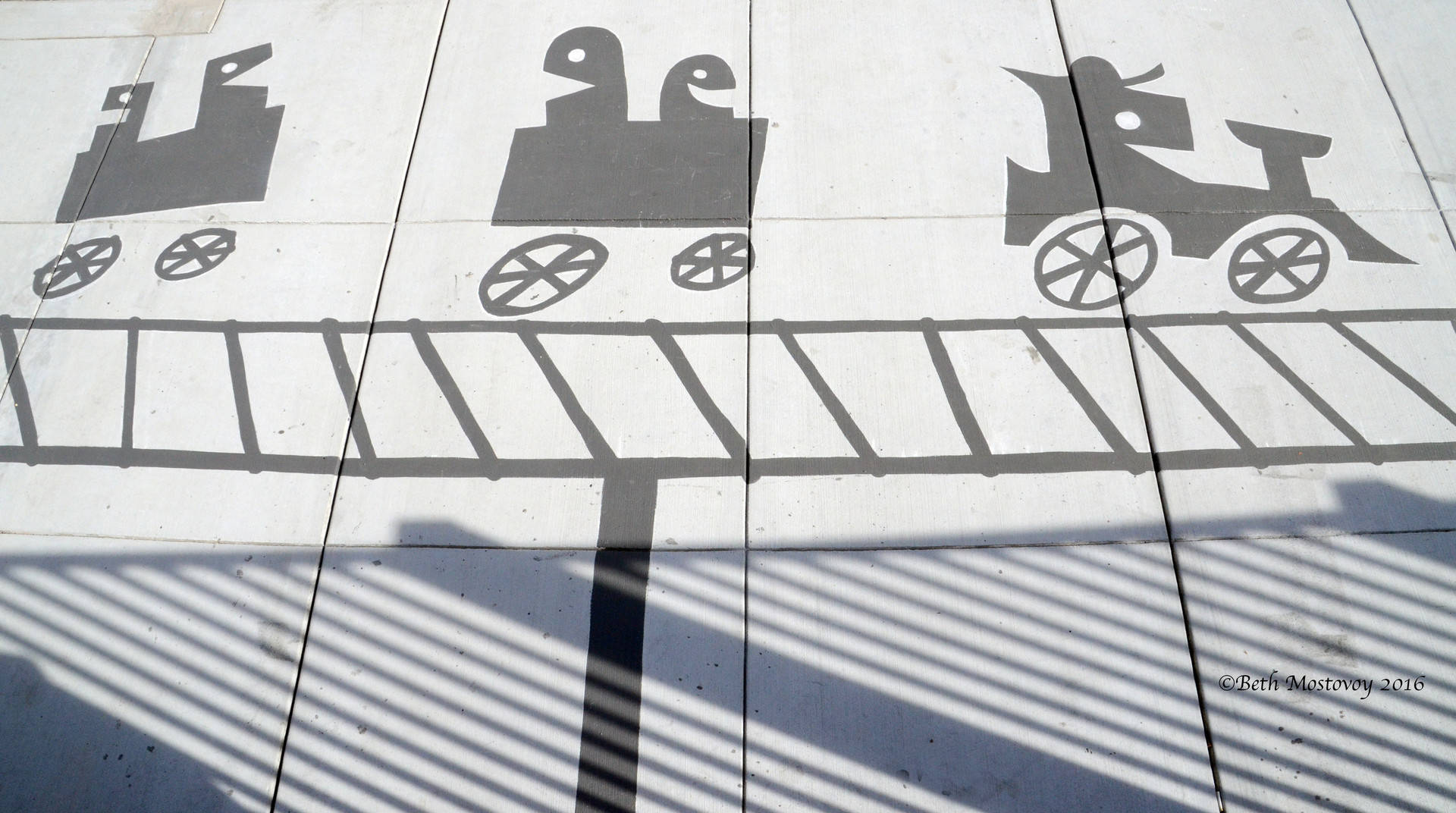 Have You Seen Redwood City Sidewalk Shadow Art Yet?

Walking through downtown Redwood City? Look down to be pleasantly surprised.

“The theme here is shadows,” says Belanger. “I’ve taken that to mean transformation and the unexpected. You don’t pay much attention to shadows unless you see something unexpected.”

Belanger’s not doing all this work by himself. He draws a chalk outline with a stencil, then relies on the kindness of numerous friends, including his wife and the committee members who chose him to help paint in between the lines.

Naturally, his influences expanded as he matured to include artists like Takashi Murakami and others in the Western cannon. “I think this mix of influences comes through in the playfulness of the shadows and of course the recurring robot theme. Redwood City wanted something whimsical and fun, something that appeals to everybody.”

Belanger was also chosen to put up the project’s second public art installation,  an interactive wall mural, later this year. Lochtefeld says “What we’re asking for at the moment is people to offer up their walls. We’re looking for walls right now.”

Will the street stencils last forever? “Nothing is truly permanent,” Belanger says, but he did use paint designed for concrete patios. 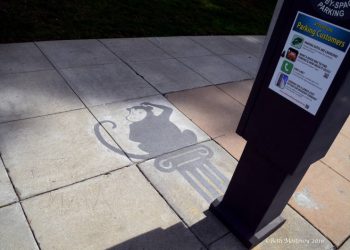 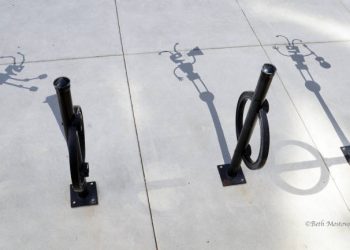